“My sister tried to apply for a job

They say it’s for mails only.” 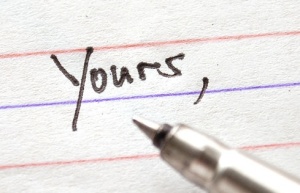 “Last night I wrote a letter to myself. But I forgot to sign it and now I don’t know who it’s from.”

The zookeeper neeeded to purchase some new animals, so he started composing a letter:

“To whom it may concern, I need two mongeese.” That doesn’t look right. Too bad I don’t have a dictionary, thought the zookeeper.

So he started over: “To whom it may concern, I need two mongooses.” That doesn’t look right either, he thought.

Finally he go an idea: “To whom it may concern, I need a mongoose. And while you’re at it, make it two. 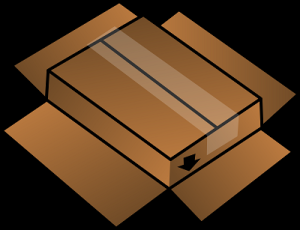 A manager of an electronics shop ordered a part number 669, from the factory. When it arrived, he noticed they’d sent him part 699 instead. He fired off an angry letter and sent it back. A few days later, he got the replacement. It was the same part, along with a note containing these four words: TURN THE BOX OVER.

A Saudi Prince went to Germany to study. A month later, he sends a letter to his dad saying: “Berlin is wonderful, people are friendly and I really like it here, but I’m a bit ashamed to arrive in school with my gold Mercedes when all my teachers travel by train.”

Sometime later he gets a letter from his dad with a ten million dollar check saying: “Stop embarrassing us, go and get yourself a train too.”

A prisoner in jail receives a letter from his wife:
“Dear Husband, I have decided to plant some lettuce in the back garden. When is the best time to plant them?”

The prisoner, knowing that the prison guards read all mail, replied in a letter:
“Dear Wife, whatever you do, do not touch the back garden. That is where I hid all the money.”

A week or so later, he received another letter from his wife:
“Dear Husband, You wouldn’t believe what happened, some men came with shovels to the house, and dug up all the back garden.”

The prisoner wrote another letter back:
“Dear wife, now is the best time to plant the lettuce.”

Bernie: I wrote Mimi a letter every day for a year.

Bernie: She married the mailman. 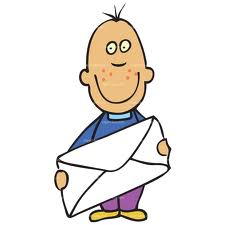 A little boy wanted 100 dollars badly and prayed for two weeks but nothing happened. Then he decided to write a letter to the Lord requesting the money. When the postal authorities received the letter addressed to the Lord, they decided to send it to the President

The President was so impressed, touched, and amused that he instructed his secretary to send the little boy a 10 dollar bill. The President thought this would appear to be a lot of money to a little boy.

The little boy was delighted with the money and sat down to write a thank-you note to the Lord, which read:

Dear Lord, Thank you very much for sending me the money. However, I noticed that for some reason you had to send it through Washington, and as usual, those jerks deducted 90%. Love, Tommy